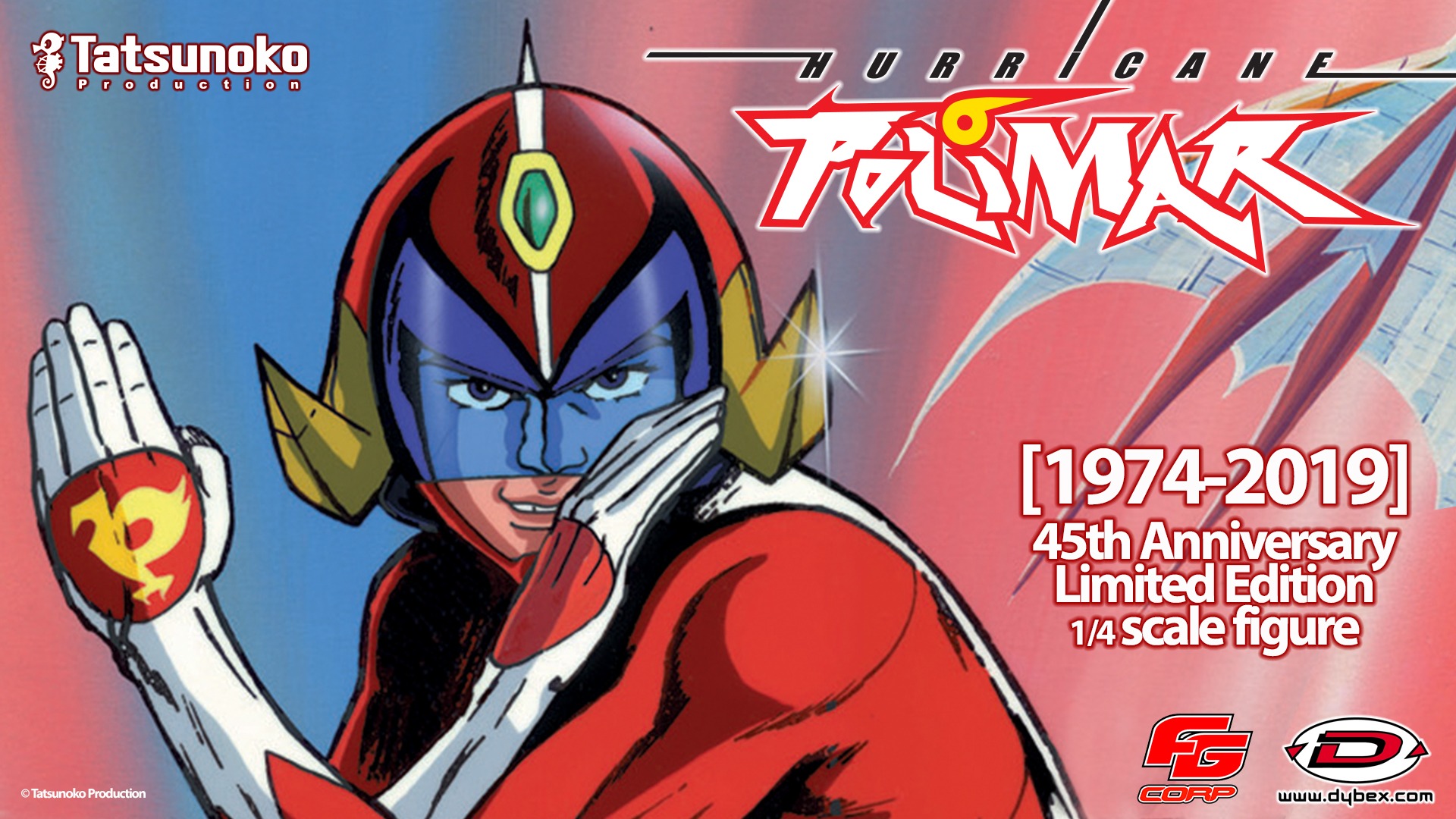 After the worldwide success of Gatchaman - Battle of the Planets, Tatsunoko Production followed up with an exceptional string of unforgettable heroes: Neo-Human Casshern (1973), Hurricane Polimar (1974) and finally Space Knight Tekkaman (1975). It was the 70s, and the world was inflamed by a thousand year old martial art, Kung Fu, propelled to the forefront by the legendary Bruce Lee.

But the 1970s were also the years of oil shocks and major industrial crises; faced with the crisis, Japanese studios had to redouble inventiveness to offset the reduced budgets that reached them. Despite these enormous difficulties, studio Tatsunoko managed to create works that would leave their mark on generations of viewers.

Here is one of the most iconic and yet least known in the West: Hurricane Polimar. The series was, we believe, born as a sort of more modern version of Kurenai Sanshiro (Judo Boy), whose global success had not benefitted to its creators. A young martial artist, driven by an immense desire for justice, fights crime around the world. Here, the scarlet kimono is replaced by a red polymer suit, and the trusty motorcycle is outclassed by the hero’s ability to turn into great gear, one of the studio’s hallmarks.

If the hero is inspired by the master of the Jeet Kune Do, the series itself is full of elements from the Noir movies of the fifties and action movies of the Nikkatsu; with its realistic-looking characters, action-packed scenarios and always a touch of well-placed humor, the series has entered the pantheon of japanime by right

We couldn't avoid celebrating the 45th Anniversary of such an icon of the '70s.

So get ready: Hurricane Polimar is coming!