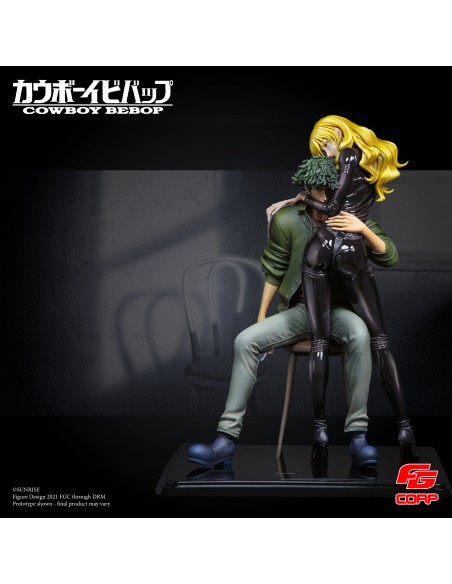 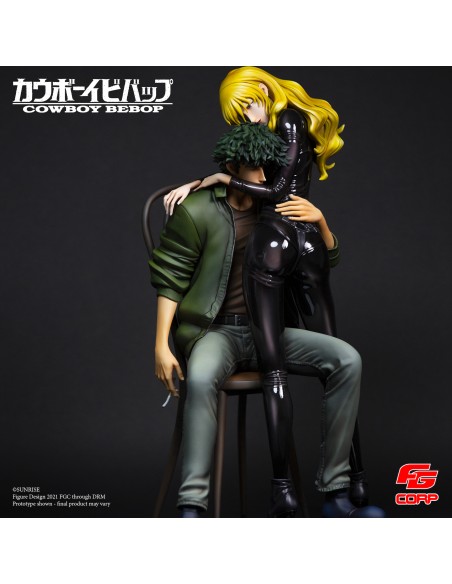 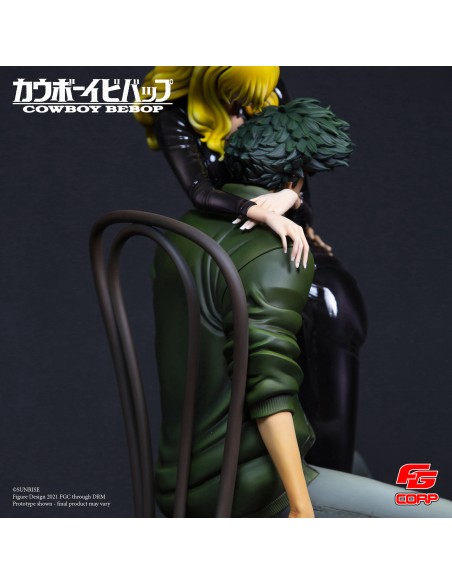 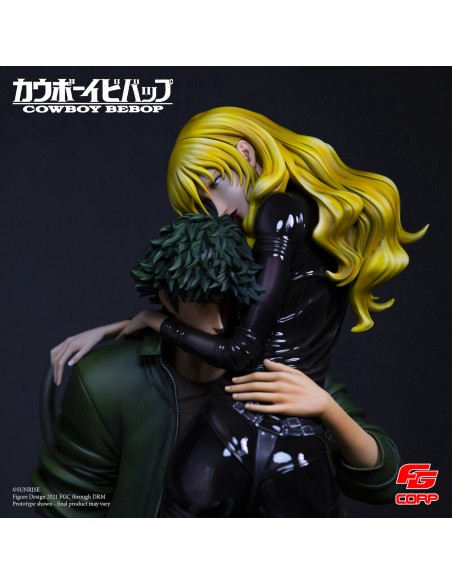 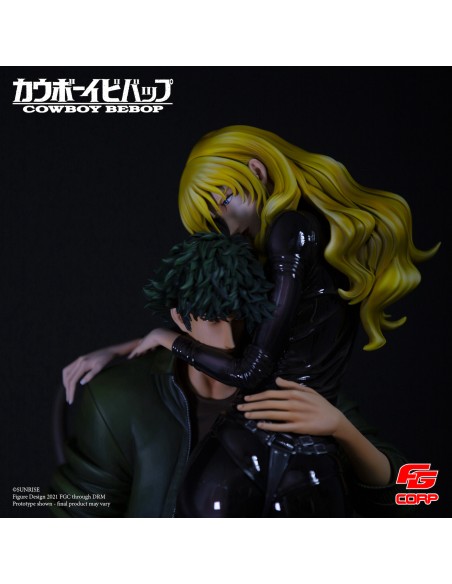 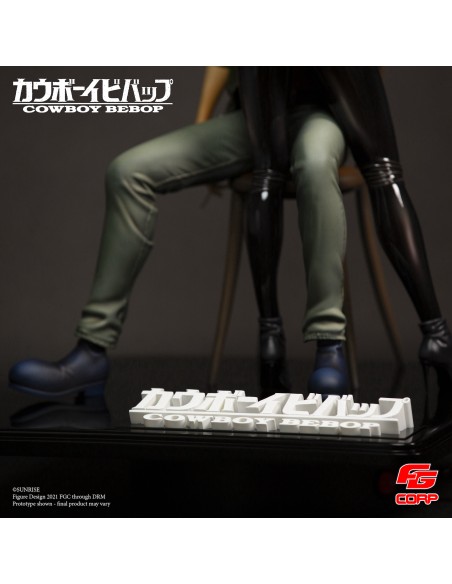 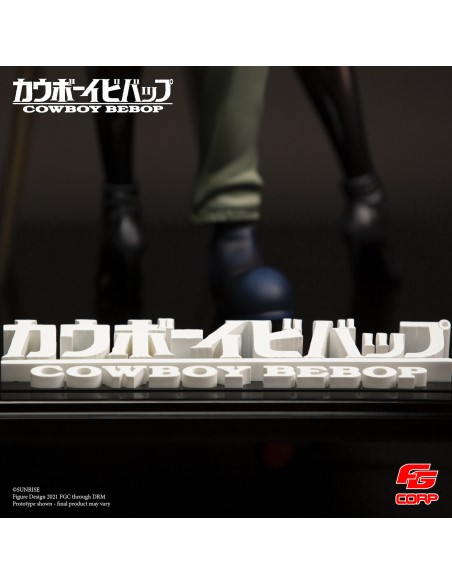 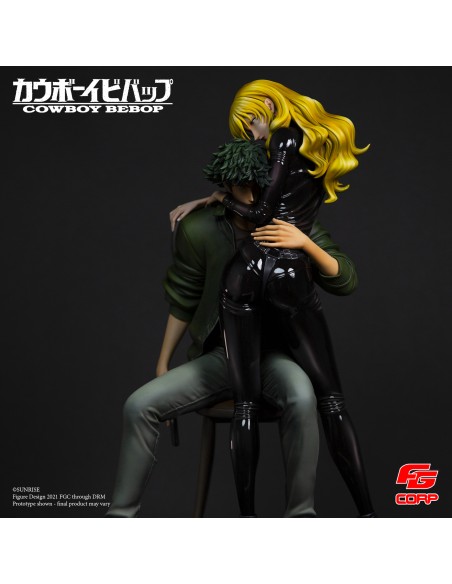 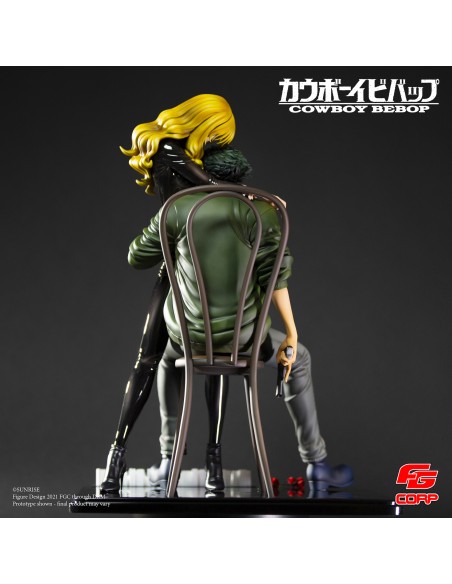 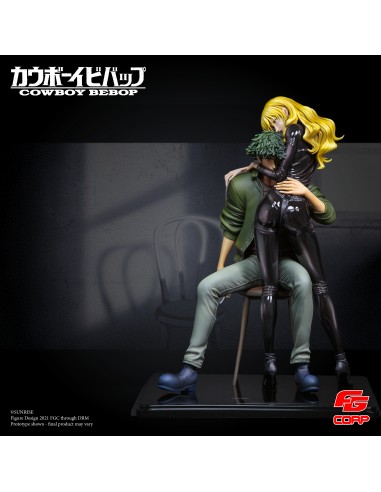 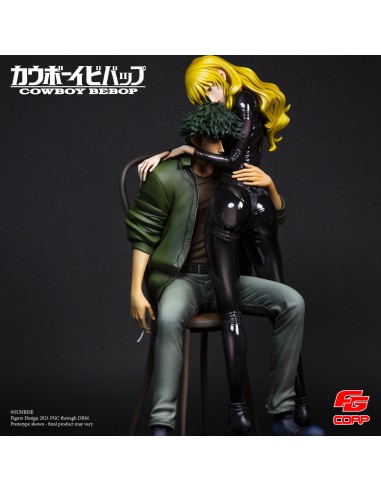 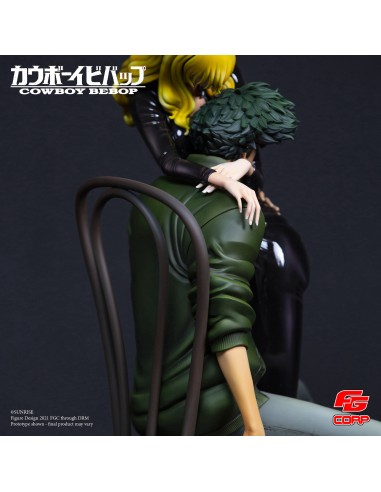 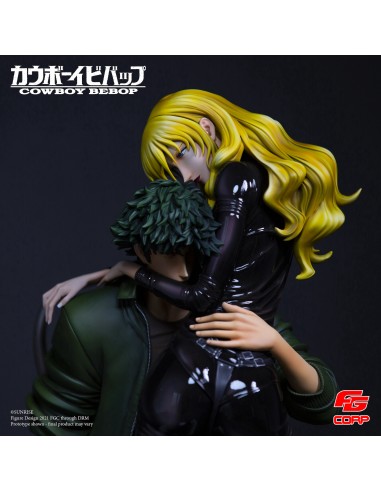 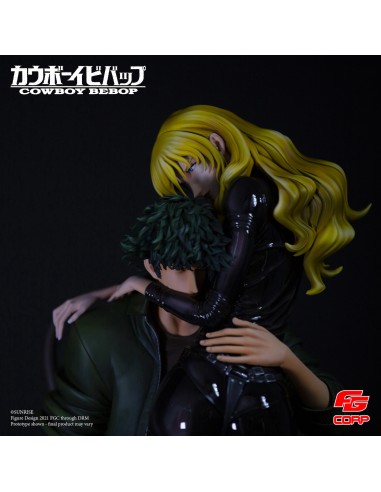 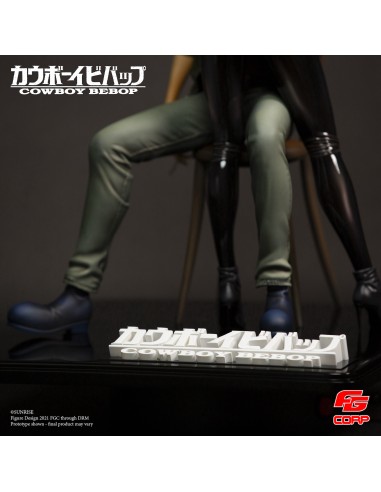 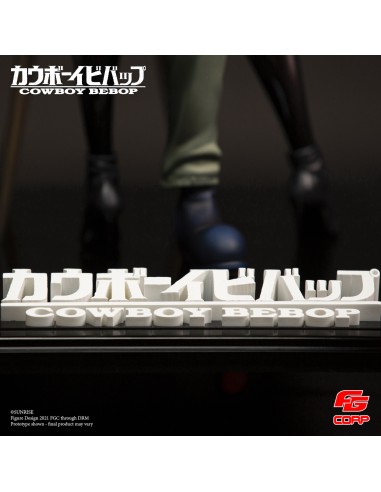 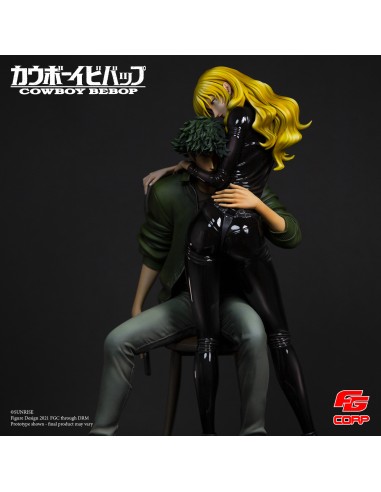 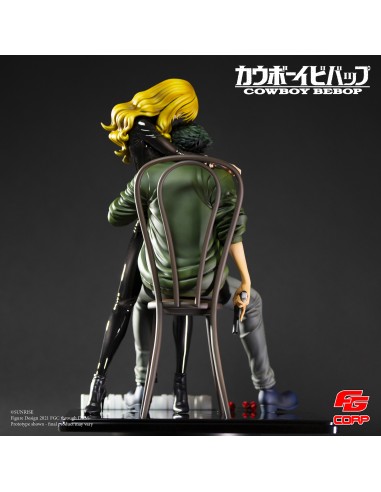 Cowboy Bebop is way, way more than a sci-fi show. It’s a story of love, hate... and revenge. Julia was one of the Red Dragon’s most effective operatives, as was Spike. But she was also Vicious’ former love interest. When she saved Spike's life and they fell in love, they both knew he would never allow it. Fleeing was the only solution. But there was no way out… And so the story begins.

Our team has worked intensively, with all its passion, to reproduce one of the serie’s most poignant artworks of the two lovers. Spike, in his ealier years, displays the “evil” design of his mafia days, while Julia wears her distinctive black suit. Her golden hair flowing down gracefully to the hips.

This fleeting embrace embodies the unbreakable bond between them; both have a slightly sad gaze, revealing they are aware of the impossible nature of their love. But Spike’s resolve is as strong as ever.

Sitting on the woodden chair recreated from the ending sequence, his right arm can be displayed either with his usual cigarette (removable) or with his faithfull Jericho. An additional Jericho and a set of red roses are included for a more personalized display.

The serie’s iconic logo con be displayed or removed from the base at will.

The base’s surface, with it’s piano-like finish, softly reflects the shapes of Spike and Julia.

Developed in close cooperation with Sunrise’s team, the figure has been supervised at every stage by the original designer of the series, Mr. Toshihiro Kawamoto.

No reviews
Tap to zoom